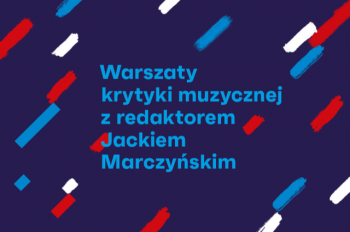 Taking a closer look at the II International Stanisław Moniuszko Competition of Polish Music, one can come to a conclusion that one of the event?s trademark has been curiosity and openness towards the unknown. On the one hand, the competition was host to the curiosity of the organizers, jurors and listeners towards the participants and their repertoire selections; on the other, it witnessed the curiosity of the musicians, perhaps the greatest and most fruitful of all, one that pushed them to seek out unknown musical gems. Regardless of its inflections, curiosity has helped the Rzeszów contest stand from other events of its kind.

The very specificity of the competition alleviated the spirit of rivalry between the participants, however it also posed difficulties for both the jurors and the critics, especially when evaluating the chamber ensembles, vastly diverse in terms of make-up and repertoire. How does one compare a wind quintet with a violin and piano duo, or a string quartet with a piano and clarinet duo? How to grade performances by such composers as Ignacy Jan Paderewski or Maurycy Moszkowski with the likes of Witold Lutosławski or Krzysztof Penderecki? When evaluating musicians under such circumstances, in addition to their technical expertise and repertoire selection, emphasis must be placed on the performance itself?including stage clarity, expression, creativity, originality?in other words, on criteria that are rather subjective and dependent on the listener?s perception. The idea to promote Polish music would work equally well in a festival format rather than in a competition, and would certainly be of considerable educational value to a wider audience.

Nevertheless, competition finalists and winners were selected after several days of auditions, albeit not without some unexpected choices and differences in opinions about specific participants. Pianist Martyna Kubik, overlooked by the jury but appreciated and awarded by music critics, is a case in point. The jury?s verdict seemed likewise puzzling with regard to the omission of another pianist, Mikołaj Sikała. It is hard to believe that, despite doing really well in each stage of the contest, Sikała failed to receive even the slightest jury recognition. Some eyebrows were also raised by the final stage and the piano concertos with orchestra. Given the short preparation time (a single rehearsal with the orchestra) and limited abilities of the ensemble itself, it was only natural for the participants to make mistakes and inaccuracies during their respective performances. Nevertheless, those in attendance could tune in to a selection of concertos by Polish composers, even if narrowed down to three pieces from the extended list of proposals (all finalists stuck with one of the three concertos by Ludomir Różycki, Ignacy Jan Paderewski and Grażyna Bacewicz, respectively).

Although when assessing Polish music it is easy to succumb to patriotic adulation that sweepingly deems it the most beautiful of all, one must admit that the competition did indeed yield numerous discoveries and intriguing interpretations of some obscure works. This time, Fryderyk Chopin and Stanisław Moniuszko?two routine epitomes of Polishness at home and abroad?stayed in the background, as the competition did its best to carve out some space for new names in the repertoire of Polish music, such as Leopold Godowski and his excellent piano works, or Michał Spisak?s and Aleksander Tansman?s string quartets. What is more, many of the participants opted for cross-sectional programs centered around pieces written in the late 19th and the first half of the 20th century, as if mirroring the changing styles and tendencies in the work of Polish composers over time.

A heartfelt speech by Miłosz Magin?s daughter, Margot Magin, was thought-provoking, too. During the laureates? ceremony, Magin presented a special prize for the best performance of a chamber piece by Magin to the Polish quartet Op1 for a rendition of Magin?s composition preserved only as a manuscript. Looking through the names of Polish composers accepted in the competition rules and regulations, along with the list of works that were not performed during the competition, one is left with a sense of want, if not regret, but above all with that of hope, wishing that these pieces come to life in the subsequent editions. Which is precisely what we will be waiting for with great curiosity.